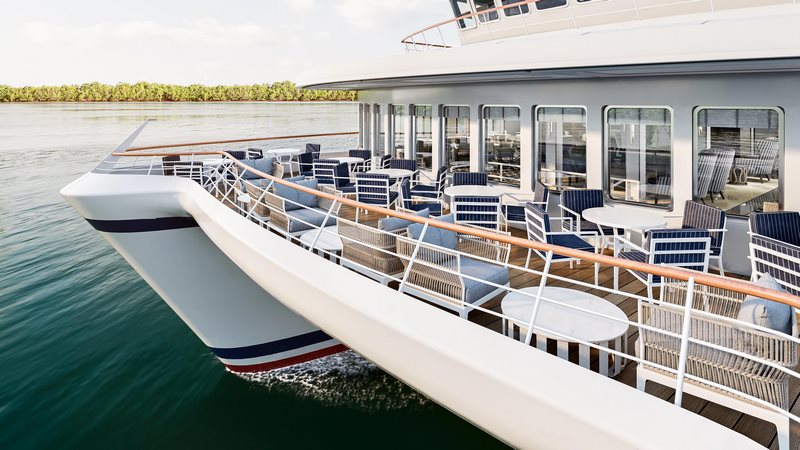 American Cruise Lines has announced Project Blue, a brand new
fleet of go-anywhere ships for the U.S. market, according to a
press release.
The said it will build 12 identical sister ships that will more than
double the nations current capacity for domestic coastal cruises.
The first two vessels are under construction and set for a 2023
debut. Featuring a hybrid catamaran design, these ships will have
unprecedented near-shore operating versatility, according to the
company.