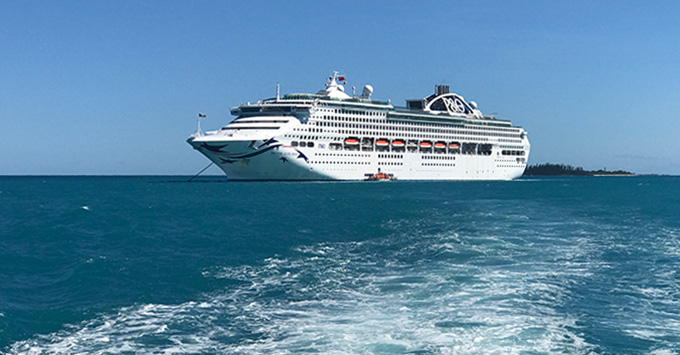 Pacific Explorer had three windows repaired in Sydney on Saturday after sailing for a week with storm shutters in two restaurants. A P&O Cruises spokesperson confirmed that one window in Waterfront on Deck 5 and two in Angelos on Deck 6 were damaged last weekend when the ship encountered higher than forecast swells after departing Sydney on Saturday 19 August.Passengers were quickly assisted by restaurant staff and the windows were shuttered before a full examination could be conducted.As it is unusual for windows to be damaged in this way, we examined all windows in the area to ensure there were no latent defects in frames and glass. We sourced replacement glass to repair the windows, the spokesperson said.A passenger onboard told Cruise Critic: The windows had been girded up with thick metal panels. They were replacing the glass in both areas as I disembarked half an hour ago. Took four men to carry each one. Everyone onboard was fine.